howwwzattt... of closing one eye and letting it to pass by...

Just woke up this morning, washed my face and brushed my teeth. Dresden is sunny today but the temperature is still hovering below 10 centigrade with the real feel of 8 degrees according to the weather channel. Having to put on layers of clothing quite a hassle even just for a smoke outside the lobby. 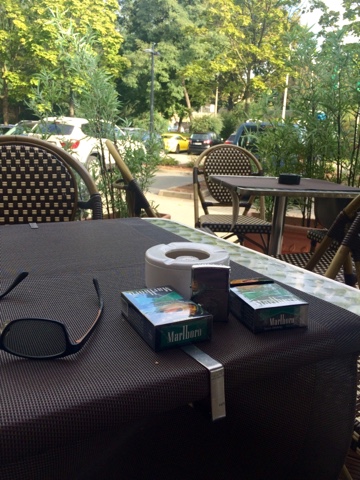 These are what I'm wearing now for breakfast and now sitting outside at their beer garden while puffing nicotine. A turtleneck sweater, a hoodie jumper, a pair of jeans, a pair of boxers to keep my crown jewel warm, a pair of sneakers complete with socks.

For the past few days, I've been scratching my thighs and calves while asleep. I have a sensitive skins when facing the cold and the dryness and I think those coming from the South East Asia will encounter the same problem like me. I used to wear nothing under the covers but not here, contact with the bed linens made it rasa gatal and miang. This happened when I'm in a temperate country. 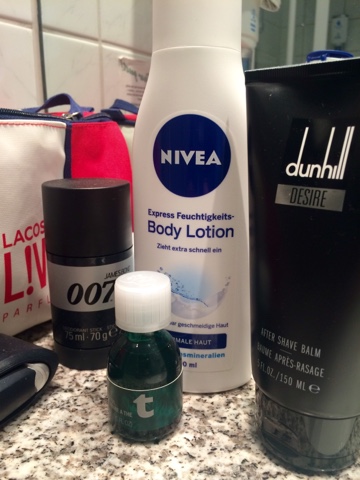 Got myself a Nivea body lotion last night but haven't use it yet and someone got me a tea tree oil from Body Shop for the scabs.

Came across this, "Kenyataan Rahim fitnah, menghasut" yesterday in MKini and I was wondering why Jamal Ikan Bakar and his bunch of kukudus haven't baying for Rahim Tamby Chik blood yet and take the street as if they want to wipe all those pendatang. Opppsss, what have the Chinese and Indian got to with this? Never mind, they'll find a way to deviate the attention into a whole new game of racism again.

I left a one liner comment on someone's blog last evening and one of the commenter replied to my comment  saying that I'm an Anwar fan and a Red Bean Army myself. What has Anwar got to do with the specific post itself beats me and no, I'm not a DAP supporter but I sympathize to those fighting for the right cause. So far UMNO minions only tinkering on ridiculous moves as if they live in this one minuscule box called racism. Just like the Arabs toward their own sects.

So, why haven't I put them in similarities to Hitler's Nazi? It is because of the Arabization that they were so fond of. Everything that has got to do with Arab must have been a good thing and the prophet himself was an Arab and Islam found its way among them first. But why? Arabs were a terrible lots, they like to fight among themselves, it was their culture. Believe me, I've been with them, been to their country, rendering my service to them and their attitude far more worse than ours though not all. So, what we a following now was not according to the teaching of Islam. We just follow their cultures. Labelling others as we wish.

This is what Yusuf Islam aka Cat Steven once quoted, "I did not come into contact with any Muslim before I embraced Islam. I read the Qur'an first and realized no person is perfect, Islam is perfect, and if we imitate the conduct of the Holy Prophet... we will be successful."

He learned from scratches by reading the Quran and only then he look for guidance from those in the know.

Unlike those kukudus, they inherit Islam from those before them.