howwwzattt... of being shallow minded and simply stupid...

Read MKini just now and was shocked at how racist they could be. Of how only the Malay fought for Merdeka and asking where were the Chinese back then and of course ended with curses and bad words. I think this man should go back to school and learn back Tawarikh Darjah 6 and read at how all Malaya citizens be it Malay, Chinese or Indian lent their hands in the process of gaining independent from the British.

Before the good Tunku left for England, those good people before us donated their belongings, even as small as a ring or bracelett to cover the expenses for the delegate to be there.

Tun M was right when he utters the words "Melayu mudah lupa", not only lupa but bodoh too. 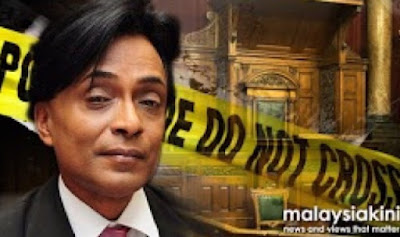 Meanwhile if you read here, the police has confirmed that the body that was found in a drum filled with concrete was of the missing DPP Kevin Morais.
Posted by Saudagar Mimpi at 18:48