Read here if you want to know more. The prime minister of Malaysia, Datuk Seri Najib Razak is reported to have belted out before some 15,000 silat (Malay martial arts) practitioners at the Nation's Independence Square (Dataran Merdeka) that "we are willing to die," for Najib's government. 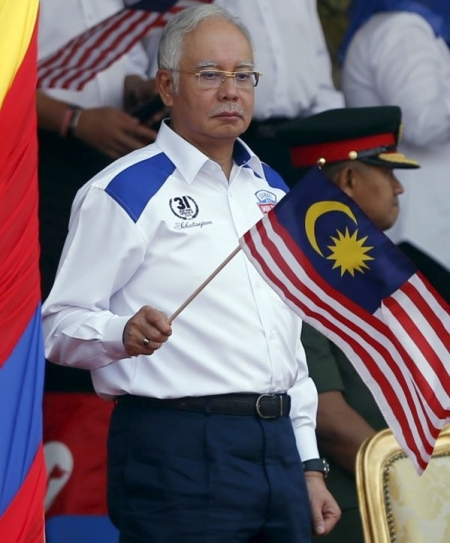 I myself wouldn't be too quick to offer myself to die just yet, at least not for this. I admit that I'm a coward, pengecut. I'm not a strong person who would run into a fist fight blindly and then got whack good and proper. But for those who want to die for this kind of cause, his cause, be my guess because you were being used by the puppetmaster to defend him, to speak on his behalf against those allegations which he himself keeping mum about.

When reading OutsyedTheBox just now, one can't help from wondering why no more international getaway lately.

How did a blind man cross the road? By an ambulance of course. Because his first attempt to get across was unsuccessful and the hospital was conveniently located on the other side of the road. Don't be that blind man, use your brain or imagination to say the least.