howwwzattt... my piece, my memory lane being educated as Anak Malaysia... 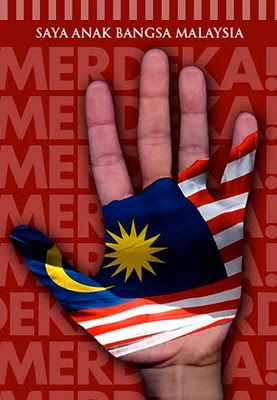 KUALA LUMPUR, Aug 29 — Perkasa chief Datuk Ibrahim Ali has joined calls for strong action to be taken against Teo Nie Ching for entering a surau in her constituency last week, saying the Serdang MP must be charged for ‘desecrating’ the Surau Al-Huda. (more here)
This is what was reported in the MalaysianInsider today and I believe major daily publication carried on the same thing for these few days.
I remember when I was in form 1 or form 2 (85/86), our school hockey team had travelled down to Ipoh for a match with one of the team there. Those days it was an affair that everyone would look forward to since the trip could be disguised itself into everything from having cendol to smuggling contrabands into the school and the fact that our coach (cikgu Abdul Rahim Udin aka ARU) was the most feared individual in the school didn’t make a difference for us at all.
Come to think of it, the reason I left hockey for cricket was because of him.
The match was held at Ipoh Padang where as usual we won the match. While waiting for our bus to pick us up back to Taiping all of us took our rest and shower at the Masjid India across the Ipoh Padang besides the St. Michael Institution. Some went to pray and some just cool themselves under the tree shade outside the mosque.
Suddenly there was this heavy downpour and all of us scampered inside the mosque for shelter accept for this one Indian boy a star player himself, Shankar Ramu (ex-national player) who didn’t know what to do and where to seek his refuge from the heavy rain.
Our most feared coach, yes cikgu Rahim just went up to him and told him to come inside the mosque while handing him a sarung to cover his lower limb. Shankar did hesitate whether it is alright for him a non-Muslim to enter the mosque. I can’t remember what did our coach told him but after that Shankar was among us inside the mosque wearing his sarung of course. Of course who do know Shankar Ramu could verify this with him.
I like to think myself of having a liberal view on our very own politics and some did say I was having a liberal standing on Islam itself. I don’t know how they saw me with the latter one.
Today NST page 4, column 3, paragraph 7:
PAS VP Salahuddin Ayub said the National Fatwa Council which had met for the 90th time on Mac 1 this year, had decided that non-Muslims and non-Muslims tourist were allowed to enter mosque or surau. It was a decree.
Since the time I had remember, thousands and thousands of non-Muslims and non-Muslims tourist had gone inside the Masjid Negara for “lawatan” provided they cover their “aurat”. The Masjid Negara authority had even provides “jubah” at the main entrance for the purpose.
Remember earlier this year when our DPM went to this Sikh temple? He was praised and hailed with many good things no? Political? Of course it was no matter to those from BN, PKR or PAS.
But what did failed me was, when it is come to others apart those from the reigning federal administration, it was blown ridiculously out of proportions as if it was a big sin, bigger than the first Rukun Islam itself.
Posted by Saudagar Mimpi at 19:50 1 comment: