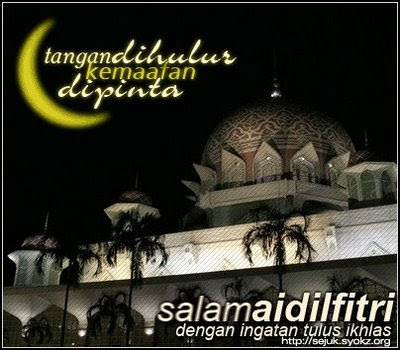 All right, no original post from me or whatsoever. But I can't help myself from reproduce this piece from Malaysia Grand Old Man's blog and I was amused how one can trust any of the mainstream media nowadays.

Anyway, world oil prices are less than USD100 per barrel yesterday yet our administrator has come out with another excuse for not lowering the fuel price such by claiming that our ringgit is not strong enough against the dollar.

Goverment sectors will get the benefit of early pay for this coming Hari Raya and will also entitle to partially receive their bonus to be paid along with the September wages. Yet as someone that works for the private sector, I've yet to receive any benefit from the new budget which they dubbed as "mesra rakyat".

A STUDY IN SPINNING

1. Spinning is a method of making thread from cotton wool. But today, spinning has an entirely different meaning.

2. I was told about the spin doctors used by Tony Blair very soon after he became Prime Minister. I did not know what spin doctors do. And so I rejected the suggestion that I should employ spin doctors for press relations.

3. Now we all know all about spin doctors, the chief of whom is Kalimullah. He decides how to spin any report on Abdullah. Reporters often apologise to me because their reports on what I said at press conferences are quite different from what they wrote. But they claim they have no say on what appears in print from their reports.

4. Spinning is the art of making all reports, especially the bad ones, look good for the subject concerned and vice versa. Even the picture can be spun by choosing the ones that will make the subject appear masterly and talking down to his companion. In the case of the Prime Minister the pictures chosen would show him to be dominant in relation to whoever he is talking to, other Prime Ministers, or even Presidents. Never mind if he is junior to his partner but well chosen pictures will make out that he is more senior. Don't publish a picture of him falling asleep or with a vacant look in his eyes.

5. Readers would be taken in by the spin. If on the other hand, the subject is not liked by the spin doctors, then publish his picture scowling or cringing before whoever was talking to him.

6. Spinning may include misreporting, or excluding certain parts or twisting the sentences to convey another meaning.

7. Once I was asked about the reduction in petroleum price. I said "It is good for the people. We should have more by-elections (the Permatang Pauh by-election was on at that time), then the Government would reduce the price of petrol some more".

8. What appeared in the press was "Dr Mahathir says the reduction in the price of petrol is good for the people".

9. I cannot say I did not say it. But the newspaper publisher, by omitting the rest of my statement made it sound as if I was praising the Government for reducing oil price.

10. Sometimes the spinners do not coordinate with each other. The result is to make their reports negate each other.

11. On 15th September, The Star reported with the headline "Muhyiddin wrong to seek PM's resignation". The report stated that Dato Seri Rais Yatim, Foreign Minister said that UMNO Vice President Tan Sri Muhyiddin Yassin should not have asked the PM to step down as Malaysia practised democracy.

12. According to the report Rais said, "In a democratic country such action should not take place because we need to respect each other's views".

13. The next sentence seemed a bit confused as Rais was reported to have said (sic) urged Abdullah to act against Muhyiddin who had said that Abdullah should rethink his transition plan to step down by 2010 as the time frame was too long.

14. "If the PM thinks the minister (Muhyiddin) is not qualified or clashing with him and that action should be taken against him, then he should do it", he (Rais) said.

15. For a Foreign Minister I thought this stand taken by him is odd, to say the least. Only recently, Blair the war criminal, PM of Britain was forced by Gordon Brown to resign, which he did. And Britain is an older democracy than Malaysia.

16. Then I read the Utusan Malaysia. I was startled by this paper's report on Rais under the heading "Tidak wajar gesa Muhyiddin letak jawatan - Rais" (Not right to urge Muhyiddin to resign - Rais).

17. It reports Rais, member of the Supreme Council of UMNO as saying "finger pointing at other people and demanding the individual concerned to step down should not be done."

18. Rais then said "Jadi tidak wajar anggota Kabinet lain menggesa rakannya supaya berhenti atau diambil tindakan. Itu satu gesaan yang tidak harus dilayan atau dilaksanakan kerana kuasa itu hanya ada pada Perdana Menteri." (Thus it is not right for other members of the Cabinet to urge his colleague to step down or for action to be taken (against him). That is a demand that should not be entertained or implemented because the power rests only with the Prime Minister).

19. Clearly the two reports are about the same incident but the difference is remarkable. One chastises Muhyiddin and the other defends Muhyiddin.

20. Which report is right? I am inclined to think The Star has spun the report so as to look bad for Muhyiddin. Why the spin? Is it because of a desire to please the powers that be? It does seem likely because today everyone seems anxious to please Dato Seri Abdullah. Or is it because the reporter did not understand what Rais was saying? I wonder.

21. The Utusan report seems to be more in keeping with the attitude of Rais. He had always been outspoken and never hesitates to criticise even Government action, or Dato Seri Abdullah himself. Anyway, I hope the Utusan report is the more correct one.

22. In my time the papers did self-censor themselves. But they did not spin. Now spinning is blatant.

23. The bloggers have attracted a huge number of supporters with Rocky Bru having more than six million hits. The popularity of the blogs is obvious. It must be because people no longer believe or even read certain papers nor watch the Government controlled TV stations.
Posted by Saudagar Mimpi at 13:28 No comments: 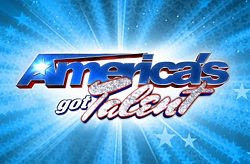 Reality show, what exactly it is? My definition is quite simple; it is a show involving ordinary folks pursuing stardom (plus monetary reward of course) shown live on the television.

Last Wednesday I watched this “America’s Got Talent” aired on Astro and my, I was taken aback at how some of us could go beyond our wildest dream just to totally make fool of ourselves. No specific talent, no age limit, no gender barrier. You can do anything you like by impressing the judges that your talent is valid that no other can question. The prize was USD 1 million. For instance, there was this 60 something male stripper (love this one) strutting his stuff on stage. Wowww, you got talent grandpa.

I wonder if we manage to get the franchise for the show and re-name it as “Malaysia’s Got Talent” like the Malaysian Idol. I’m sure many would want to show their capabilities and talents on the national network. But the way I see it, our talents here got no originality unlike the American and the show definitely will become no where near the original one. Most will only show their singing prowess, that’s a must. Stand-up comic, not many could live up to it apart from the lawak bodoh and the yelling.

So, anyone out there could enlighten me please? I can’t stand the yelling…
Posted by Saudagar Mimpi at 12:30 1 comment: 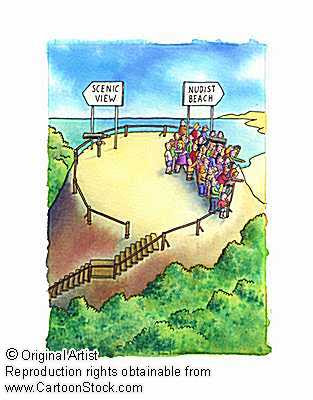 Courtesy from Naked Cartoon
A rich man often went to Bangkok for the night life and before long he contracted sexual disease. So one day, he went to the doctor for a checkup.
The doctor examine his private part and said, "This is a very severe case. We have no other way but to cut it away. Otherwise, it will spread and become worse."
The businessman was shocked. The last thing he wanted was to have it cut and end his night life. He went to other doctors but all gave the same diagnosis.
Desperate he thought, "Why don`t I consult traditional Chinese medicine. They might have some surprises".
So, the Chinese doctor gave him an examination and the doctor said," We don`t have to cut. I`ll give you herbs to rub."
The rich man was so happy. "Wow no operation, you are better than western medicine. I`m amazed, So what is the exact secret?"
The Chinese doctor said, "Just wait for three days. It will drop by itself."
This was taken from LawakJoke.
Posted by Saudagar Mimpi at 19:38 No comments: 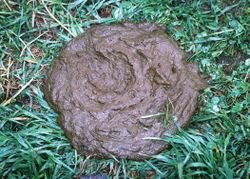 They championed the cause for us to change our lifestyles when they hiked up the price of the fuel, when the inflation index increased to more than 8 percent. They tell that it is okay for us to moonlighting for a second job just to make our ends meet. They asked us to do some farming behind our house so that we can grow whatever things so that there's no need for us to do unnecessary spending at the market. Some are worth to be taken into consideration but most of the suggestions are pure bullshit.

According to Bernama; Deputy Prime Minister Datuk Seri Najib Tun Razak said today he approved an overseas study trip by the Barisan Nasional Backbenchers Club (BNBBC) because it is constructive when asked about the study trip abroad for the BNBBC to learn of the latest technology in agriculture and high-tech food production. All of them, can you imagine? Read here for more.

What on earth made the DPM thinks that those BN MPs know anything about agriculture and high-tech food production?

We have RISDA, FAMA, FELCRA and many other acronyms to choose from that represent the agriculture and food production outfit. They are the one that hands on in that field. If you ask me, those from the agencies above are the most appropriate person/persons to go for whatever field trips that involved the so called "latest in agriculture and high-tech food production".
Posted by Saudagar Mimpi at 18:29 1 comment: