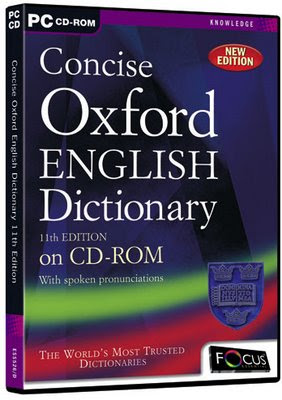 Of SMS, chat rooms and email

The language used in email, chat rooms, and newsgroups is not as restricted by space considerations as text messaging , but short messages are favoured because they save disk space, are more likely to be read by ‘browsing’ users, and because composition time is limited if users are participating in real-time conversations.

Text messages are necessarily the most abbreviated form of communication; most mobile-phone networks restrict users to around 160 characters per message and the handset does not facilitate the composing of lengthy messages.

Although many users develop their own codes, there are basic principles that govern the formation of abbreviations:

1. Certain words or syllables can be represented by letters or numbers that sound the same but take up less space. For example, ‘U’ sounds the same as ‘you’ and ‘C’ sounds the same as ‘see’ (e.g. CU = see you), while the number ‘8’ can be substituted wherever the sound /-ayt/ occurs in a word (e.g. GR8 = great, L8R = later).

3. Abbreviations are formed from the initial letters of familiar fixed phrases, such as BFN ‘bye for now’ or TTYL ‘talk to you later’.

These principles, and the abbreviations themselves, are also found to a lesser extent in conversations in chat rooms and in email. A fuller list of SMS abbreviations is given below.

AFAIK as far as I know
AFK away from the keyboard
ASL age, sex, location
ATB all the best
B be
BAK back at the keyboard
BBL be back late(r)
BCNU be seeing you
BFN bye for now
B4 before
BRB be right back
BTW by the way
C see
CUL8R see you later
F2F face to face
F2T free to talk
FWIW for what it’s worth
FYI for your information
GAL get a life
GR8 great
HAND have a nice day
H8 hate
HSIK how should I know?
HTH hope this helps
IANAL I am not a lawyer, but…
(as a disclaimer)
IMHO in my humble opinion
IMO in my opinion
IOW in other words
JIC just in case
JK just kidding
KIT keep in touch
KWIM know what I mean?
L8R later
LOL lots of luck/laughing out loud
MOB mobile
MSG message
MYOB mind your own business
NE any
NE1 anyone
NOYB none of your business
NO1 no one
OTOH on the other hand
PCM please call me
PLS please
PPL people
R are
ROTF(L) rolling on the floor (laughing)
SIT stay in touch
SOM1 someone
SPK speak
TTYL talk to you later
TX thanks
U you
WAN2 want to
W/ with
WKND weekend
WU what’s up?
X kiss
XLNT excellent
XOXOX hugs and kisses
YMMV your mileage may vary (i.e. your
experience may differ)
YR your
2 to, too
2DAY today
2MORO tomorrow
2NITE tonight
3SUM threesome
4 for

How about this one, 'LUMUSM'?