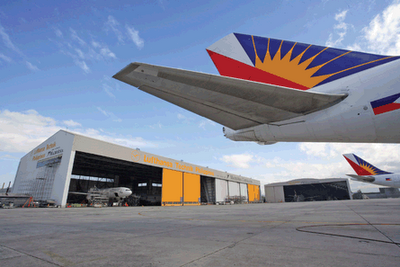 Pilot training market in Asia Pacific became a $ 10-billion industry in 2008 with compound annual growth rate (CAGR) at 11 percent, according to Frost & Sullivan.

Subhranshu Sekhar Das, Malaysia-based Frost & Sullivan Asia Pacific director for aerospace & defense, said that "In Asia Pacific, there are requirements in pilot training and I'm not surprised if any of the investment is going to be in the Philippines, recruiting new cadets and giving them the training for PPL (private pilot license), CPL (commercial pilot license), or ATPL (airline transport pilot license) licensing."

There has been an upsurge of aviation school opening in the Philippines with foreign students from India and South Korea taking flying courses due to Western style teaching patterned after the United States and English proficient instructions.

Das reported that while there is a current slump in air travel the aviation industry as a whole has been experiencing a shortage of pilots, which drives the market for training he added during the firm's 2009 aviation summit held in Singapore earlier this month.

There are close to 700 pilots in the Philippines and demand is growing. They may have some shortage by 2013. Pilot requirement may have to grow to almost six percent CAGR.

Frost & Sullivan 2008 data showed that China has most of the pilots accounting 37% of the entire Asia Pacific aviation market, followed by India and Japan at 12% market share, while Australia, Malaysia, and South Korea each accounting for 6 percent. Thailand meanwhile has 5%, New Zealand, Indonesia and Singapore has 4% each while The Philippines and Vietnam accounted for two percent of the total number of pilots in the Asia Pacific region last year.

Also, the Aircraft maintenance business, known in the aviation industry as maintenance, repair and overhaul (MRO), is also emerging as another niche for the Philippines.

In 2008, Frost & Sullivan projected the region's overall MRO business to have generated $ 22.55 billion in revenues. It forecasts revenues to reach $ 66.58 billion by 2030, with the commercial fixed wing segment accounting for 54 percent of MRO business from 45 percent last year. By 2030, the global consultancy firm expects diminished markets for the military rotary and fixed wing segments, as well as for civil rotary wing.

The 2008 performance of LTP, a joint venture between MacroAsia Corp. and Lufthansa AG initially formed to service the fleet of Philippine Airlines (PAL), boosts the positive outlook on MRO business in the Philippines. In its 2008 annual report presented in March 12, Lufthansa Technik Group announced LTP revenues for the year at 160 million euros (equivalent to P10.6 billion).

Aviation Week, an industry magazine, noted in its report on the financial results that LTP was among the strongest revenue earners in the global network of the Lufthansa Technik Group last year, next only to its sister plant, Ameco Beijing, the latter's joint venture with Air China, and N3 Engine Overhaul Services, the joint venture with Rolls Royce Plc.

The Regional Race for MRO Hub:

There is a race between Singapore and Malaysia to become the regional MRO hub. Currently, Singapore corners 90 percent of the region's MRO business, but Malaysia and the Philippines is catching up and may eat up Singapore's share in the future.

Currently, work is underway for the 300-hectare Seletar Aerospace Park in Singapore, which it touts to be a world-class industrial park for a wide range of aerospace activities, including MRO, OEM and training for pilots, aviation professionals and technical personnel. It is expected to be completed by 2018.

Meanwhile, Malaysia plans to transform itself into a global aerospace player by 2015 through its Malaysia International Aerospace Center being developed at the former Subang Airport.

Here in the Philippines, a 2,715-hectare Civil Aviation Complex is being developed at the Clark-Subic Economic Zone (CSEZ). The Clark International Airport Corp. announced last year two major locators at the Civil Aviation Complex. These were Kuwait Gulf and Link, which plans to build 125-hectare logistics park, and Singapore Airlines Engineering Co. (SIAEC), a joint venture between Singapore Airlines and Cebu Pacific ,which will locate a 10-hectare MRO facility at the DMIA that will complement existing operations at Singapore's Changi Airport.

"It's all about the country strength and weaknesses and how they are going to position the country to create that environment. There are opportunities in the Philippines. It all depends on how the government is going to attract the investors to set up the industries," Das said.

Since Asia Pacific region can never be an Original Equipment Manufacturer (OEM), it can be a big OEM integrators [that] could also tap the Philippines for Tier 1 or Tier 2 components or parts manufacturing. Manufacturing industries are definitely China and India. Singapore and Malaysia can drive the research and development in other high-tech jobs. The Philippines can probably continue MRO industries, pilot training schools or maybe create the general aviation potential for the other countries.

Other opportunities would also be presented by the massive airport development in China and India until 2020, which could generate design and build projects for Philippine contractors.

But Das noted the country's strongest suit remains with service-oriented segments of the aviation industry due to its skilled workforce and their English language proficiency.

Dear blogger,
Does this mean that besides the Middle East, you guys stand a chance to work in the Philippines with equally handsome wages too?
But then again, have licence (full) will travel, right?
Your future's so bright, I got to wear shades when I read your blog!

Their expertise and available resourses are far more superior than ours. We can only compete with them in the sense of wages only...