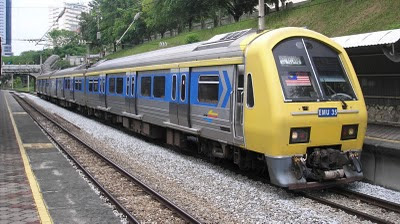 Subang airport’s connectivity will be boosted with plans to link the terminal with the KTM Komuter service and shuttle buses.
KTM Komuter trains could start servicing Sultan Abdul Aziz Shah Airport by next year, said Janardhanan Gopala Krishnan, chief operating officer of terminal operator Subang Skypark Sdn Bhd.
He added that the train stop would be located at Commercial Nexus, a proposed shopping mall across the road from the terminal, which is now an open-air car park.
“We have proposed to extend the KTM Komuter line (to the airport).
“There is already a spur line to the roundabout (on the way to the airport).
“Subject to approval, it should be ready in 15 to 18 months,” he told reporters recently.
Janardhanan said Skypark wanted to provide seamless transfer for passengers by improving connectivity to the airport.
He said shuttle buses connecting the terminal to the Kelana Jaya LRT station and KL Sentral should begin operating by the middle of the year.
“We are in talks with private operators. We are still speaking with RapidKL on (public) buses plying this area,” he said.
On the status of the RM150mil Commercial Nexus, he said they were finalising the concept design, and construction work was expected to start in the second half of this year.
He said the mall, with about 600,000 sq ft of retail space, would not only serve passengers but also the community in nearby areas such as Ara Damansara.
“We want to get away from the mindset that if you go to an airport, you are just sending or picking someone up,” he said.