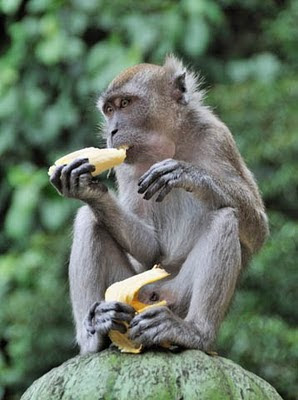 Concise Oxford English Dictionary (11th Edition)
Sexual harassment: (noun) the repeated making of unwanted sexual advancement or obscene remarks to a person, especially in a workplace.
Imagine this, as a woman you decided to wear something that’ll expose your knees downward for work and nothing obscene or “menjolok mata” about it except if you want to perform a split in front of everybody.
Suddenly a text message flashes on your mobile; “Mintak izin nak melancap...” or something sounds similar with the same intention of obscenity in it.
How would you feel? To make things more uncomfortable and full of uneasiness, you know the sender of the sms and you loathe the person for his untoward behaviour and this was not the first time he did it.
WHAT IS SEXUAL HARASSMENT?
Sexual harassment is a form of sexual discrimination, and it is against the law. Sexual harassment is a violation of Title VII of the Civil Rights Act of 1964, as amended. The Equal Employment Opportunity Commission (EEOC) guidelines define sexual harassment as follows:
"Unwelcome sexual advances, requests for sexual favours, and other verbal or physical conduct of a sexual nature constitute sexual harassment when:
1. submission to such conduct is made either explicitly or implicitly a term or condition of an individual's employment;
2. submission to or rejection of such conduct by an individual is used as the basis for employment decisions affecting that individual; or
3. such conduct has the purpose or effect of substantially interfering with an individual's work performance or creating an intimidating, hostile, or offensive working environment."
(more here)
In my workplace if I’m not mistaken, there was a memo not long ago regarding this problem which tells something like this; a male employee is consider to sexually harassing his female co-worker by eating a banana in front of her and this shows how severe the problem is.
Imagine something similar happens to your wife, daughter, sister or even your grandma guys, can you tolerate the predicaments that they’ll have to endure?
In our country this kind of pressure towards female workers has been going on like ages and it seems nobody care about it but guys be warn if you live somewhere in Europe or the US where moral conducts are the main concern. You'll most likely have to face the music or worse, could lose your job depending on how the law of the land sees it.
Ladies, stand up to your rights and guys don't say that I didn't warn you...
Posted by Saudagar Mimpi at 03:40