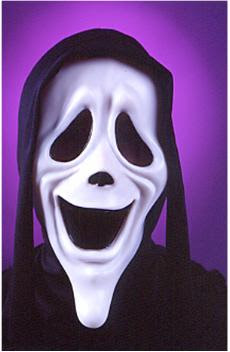 Close encounters of the third kind. It is far from the 1977 sci-fi movie by Steven Spielberg and my encounter with this third kind was not even close enough with the green beings but I did experienced encounters with other beings. Was it green anyway?
Some 30 odd years ago where the luxury of having electricity and water running out from pipes are far from our reach, there were many spooky things happened in my kampong.
I remember one night when I was about 6 or 7 years old, the whole family heard a shrieking laughter coming from the “pokok kekabu” behind the house. According to my late abah, it was the “langsuir”. The sound of it went higher and higher until it just vanish.
We heard the “langsuir” quite frequently until my late abah became so fed up with it and chopped down the tree. Since then, we never heard the thing perhaps that being just move on to another strategic tree I guess.
During my days in the boarding school, I don’t remember came across with that type of beings except for a few hysteria cases.
The closest encounter happened when I was 19, where I was this Mat Rempit in Ipoh. Well past midnight on my motorbike on my way to my friend’s house which happens to be in a rubber estate.
I noticed that something been following me from above but strange though, I did not feel any fear whatsoever.
As I glanced behind, I saw this huge ball of fire following me but strange enough, the surrounding darkness didn’t affected by the intense glare by this great ball of fire.
What did I do? Maximum throttled my way and that third kind just vanishes into thin air once I reached my friend’s house.
Talk about gung-ho during those days...
** Errr FYI, I just watch the movie last night...
Posted by Saudagar Mimpi at 10:29