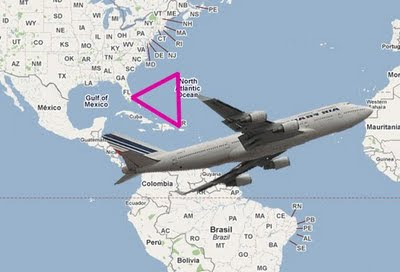 Investigators are unable to establish what caused a fatal June Atlantic plane crash but searches for the flight recorders will resume in February, the head of the French aviation accident investigation authority said.

"We remain unable to determine the causes and circumstances of the incident," Jean-Paul Troadec, head of the BEA accident investigation authority told French radio on Sunday.

Flight AF 447 from Rio de Janeiro to Paris crashed into the Atlantic on June 1 after flying into stormy weather, killing 228 people.

The 'black box' flight recorders are still missing and only small parts of the Airbus A330's wreckage have been found.

The French authority is due to issue a report on Thursday which will recommend ways to help locate black boxes more easily, sources close to the incident have said.

"Normally, these recorders are made to resist significant shocks," Troadec said. "There is still a chance that they are in a good shape and readable."

Troadec was in Rio de Janeiro on Sunday to meet the victims' families.

He said the authority was making calculations to determine where the plane might have crashed and where its debris might have drifted.

Without the black boxes, he said investigators could not fully explain the incident.

Asked if this week's report would contain new elements, Troadec said: "Yes, namely recommendations in terms of security which were not in the first report."

A July report identified problems in handing responsibility for the aircraft between controllers but said it was too early to say what caused the plane to hit the ocean.

"I don't expect much new concrete information on the cause of the crash," a source familiar with the investigation said.

A second source familiar with the incident concurred, saying the report would add little to an inconclusive preliminary report issued in July.

Speculation has focused on the possible icing of the aircraft's speed sensors, which appeared to give inconsistent readings and may have disrupted other systems.

Safety authorities ordered checks on the sensors known as 'pitot probes' and restricted the use of the type installed on the plane, made by France's Thales.

But investigators are not expected to pin the blame on any one issue, one source close to the investigation said.

Instead, the BEA is expected to make at least three recommendations on general aircraft safety, the source said.

These include extending the life of locator beacons attached to the flight recorders to 90 days from 30 days.

Regulators could also be asked to consider ordering further beacons to be attached to important parts of the aircraft structure to assist in locating wreckage in the event of a crash. Such beacons would need to be active for 30 days.

Plane makers may also be asked to study the feasibility of installing monitoring systems that send information on basic parameters such as position, course and altitude back to an airline's maintenance base even when operations are normal.

The crash fueled a debate in the aviation industry over whether more data should be streamed via satellite but the cost of communications has so far been deemed prohibitive.

Some safety officials are meanwhile calling for scientific research to be carried out into weather conditions at high altitudes in turbulent zones such as the equator.