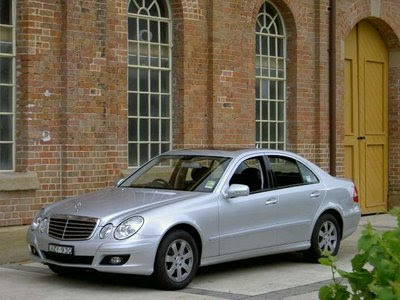 Of no oil royalty was use... so where did
the money come from???
Damn!!! Proton should seriously look at the allegation made by the Trengganu MB. Within 36 month, an owner of a brand new Proton V6 had to fork out RM50,000.00 just to maintain the national car. If I’m not mistaken, it’s just about the same price of a used 3 years old V6. How did this owner or should I say user of the car used his or her V6 within that time?

To avoid that kind of money just to maintain the up keeping of one V6, this was their rationale.
“After having made a study, the state government finds that in the long run, it is better to use a new car to replace the Perdana V6 Executive which has been in use since more than four years ago.” - State Secretary Datuk Mokhtar Nong.

"We are not saying that the national car is not good, but the reality is that in less than two years of use, the cars had to be repaired due to faulty components like the gear box.For example, the car used by the Trade, Industry and Environment Committee chairman Toh Chin Yaw had been repaired twice costing RM50,000. But the Merdeces cars, although expensive to purchase, will incur us less maintenance cost in the long term." – Trengganu MB.

Faulty gearbox? How many gearboxes did he change for that span of time? Are we taken for a ride here? I’m certain definitely there was a leakage somewhere, say a close tender for maintaining all the state government official cars.

So the solution for it, replace the V6es with 14 E-200 Mercedes Kompressor with a total price tag of RM3.43 millions. According to them, in the long run it is worth it for buying and maintains the E-Class rather than foot the bill for the V6es. According to me, it’s just a waste of state coffers when in reality the rakyat who are the one that suffers.
They should learn from the Penang CM pertaining the matter.
*The E-200 shown courtesy from Rocky's Bru.
Posted by Saudagar Mimpi at 17:40