...howwwzattt... something to relieve our stress... 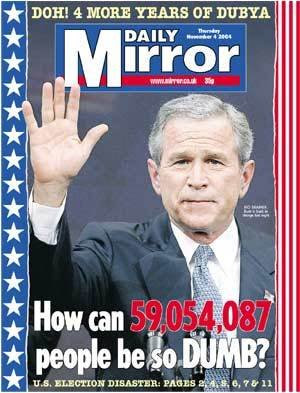 It was the first day of school and a new student named Suzuki, the daughter of a Japanese businessman, entered the fourth grade.

The teacher said, "Let's begin by reviewing some American history. Who said "Give me Liberty, or give me Death?" She saw a sea of blank faces, except for Suzuki, "Patrick Henry, 1775."

She said "Very good!" Who said 'Government of the people, by the people, for the people, shall not perish from the earth'?"Again, no response except from Suzuki: "Abraham Lincoln, 1863." ,said Suzuki.

The teacher snapped at the class, "Class, you should be ashamed. Suzuki, who is new to our country, knows more about its history than you do."

There was a loud whisper: "Screw the Japanese. "Who said that?" the teacher demanded. Suzuki put her hand up. "Lee Iacocca, 1982."

At that point, a student in the back said, "I'm gonna puke. "The teacher glares and asks "All right! Now, who said that?" Again, Suzuki says, "George Bush to the Japanese Prime Minister, 1991."

Now furious, another student yells, "Oh yeah? Suck this!" Suzuki jumps out of her chair waving her hand and shouts to the teacher, "Bill Clinton, to Monica Lewinsky, 1997!"

Now with almost a mob hysteria someone said, "You little creep. If you say anything else, I'll kill you." Suzuki frantically yells at the top of her voice, "Gary Condit to Chandra Levy, 2001."
The teacher fainted!

And as the class gathered around the teacher on the floor, someone said, "Oh shit, we're in BIG trouble!"
.... and Suzuki said, "Arthur Andersen, 2002."