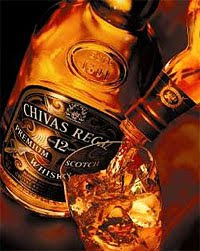 REUTERS KUALA LUMPUR - A Malaysian Islamic court judge has ordered an Indonesian man to caned for consuming alcohol, a newspaper reported on Tuesday, weeks after the judge drew criticism for handing a similar sentence to a woman. (more here)

This was reported by the Reuters today. Let see how we react or let we say how our politicians going to react by asking the man to appeal against the judgment.
The timing was also bad for the current government hence the tainted bilateral relation with the Indonesian government regarding the "ciplak-menciplak". Or was it a kind of sabotage towards the BN administration, who knows...
But why all the brouhaha? News agencies all around the world were reporting on this matter, see it for yourselves if you don't believe me. In Saudi, a punishment by "rotan" is a norm.
Go here for my earlier posting regarding the same issue.
Posted by Saudagar Mimpi at 19:12