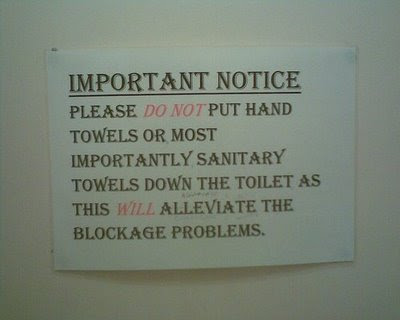 For once I'm not against if they conduct the Math and Science classes in English or in Malay. The truth is, i don't give a damn.
The point I want to stress here is, you don't need to teach the pupil to understand the principle of Science and Math in English. In fact, you can teach our pupils here in whatever language you prefer with such as Malay, English, Tamil, Malayalam, Hokkien or whatever.
The thing is, please introduce the English literature in our English subject and that is the best thing to do.
Do you think that by learning Math and Science in English will improve our students compatibility in mastering the colonial language? I don't think so.
I've had the experience of learning engineering in one of our leading university during the 90's. The courses were all conducted in Malay. I never dreamt of a university conducting engineering classes in Malay.
First of of all, I've joined the main aviation company in our country during that time as an structural apprentice and of course all the courses were conducted in English and when I joined the university, I was surprised all of the syllabus were in Malay. Imagine when a wire wound alternator was directly translated into Malay? A retro rocket became a "roket balikan". When a squirrel cage motor became a "tupai" something?
So ladies and gentlemen, judge it for yourselves.
Posted by Saudagar Mimpi at 04:56

We are not aiming at producing top notch English-Educated-Malaysian engineers; we only hoping that our engineers are at par with those globally if not better. But then again, the knowledge to reach that stage does not come in the Japanese nor Bahasa Malaysia language...

Did I get my point through?

U should know better since u're involve in producing and educating future engineers/technical personnels. But then again, ur view is as parallel as mine...