I didn't know that such an invention was invented by a Malaysian until I read it here. What an innovation in storing whatever needs that we can think of.

Just take a little of your time to read this.

"The man who invented USB pen-drive is a young modest Malaysian who can't even get into a local University but invented the most versatile, indispensable computer peripheral today. And helped his adopted country, Taiwan make $31bil in the process. The rest is history...."

Interesting to know that the Pen Drive was invented by a Malaysian Chinese who could not get into one of our local universities primarily because he is not a bumiputra. He had to study in Taiwan. 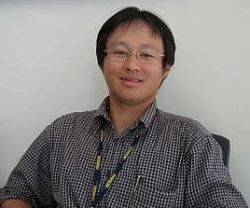 Pua Khein Seng went to Taiwan to get his engineering degree but ended up staying on, starting his own company and inventing the pen drive.

Read more here and here.
Posted by Saudagar Mimpi at 21:55