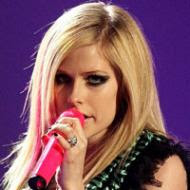 Lavigne 'too sexy' for Malaysia gig
Malaysia's Islamic opposition party has urged the government to cancel a planned concert by Avril Lavigne. They say the singer's on-stage moves are "too sexy" for the Muslim-majority country.
Pan-Malaysian Islamic Party official Kamarulzaman Mohamed said that Lavigne's concert would promote the wrong values on the eve of Malaysia's independence day on August 31.
Lavigne, a Grammy-nominated rock singer who burst to fame with her 2002 debut album Let's Go, plans to start her month-long Asia tour with a performance in Kuala Lumpur on August 29.
The concert organiser denied Lavigne's show had any "negative elements".
The Press Association: