...howwwzattt for the broom effect??? 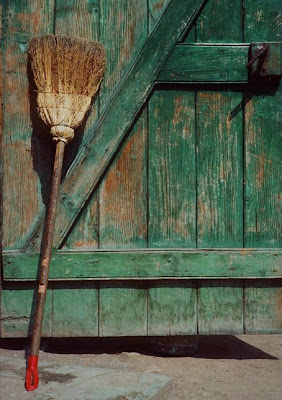 Which one do you prefer, awarded with a broom (http://thestar.com.my/news/story.asp?file=/2007/11/13/nation/19451308&sec=nation) or got booted out from the system? Last week Selangor MB Dato’ Dr. Khir Toyo, awarded a broom for the inefficiency of certain municipality in collecting the minimum 50 percents of targeted taxes. I’m sure before deciding in giving out such award Dato’ Khir had already discuss the matter with all the state honchos and I’m sure the majority if not all had given their nod for such called “award”. The funny thing is, the broom effect managed to find its way to the parliament and they even table it for debate how improper it is to humiliate a person with a broom. Now, what have become to our MPs?

Denmark, Japan and Taiwan (just to name a few) have done it. Why not us, we are standing tall just like those countries? We are also a develop nation just like them. By now we should be thinking out of the box, not like “katak bawah tempurung” if we want to be global. Not only going global by our being but along it goes with our thinking. That’s how we’re going to develop our nation. Even our minister had introduced the phrase “mengangkasakan bangsa”, is it by sending one man to represent his nation to the outer space count as “mengangkasakan bangsa”? From my view it is far from that, we’re not even “mengglobalkan bangsa”.

In Malaysian culture (especially the Malays); a broom signifies a form of “sial” or bad omen if it is presented to you even more if it touches you. That is what certain politicians keep barking about, the “sial” of the broom. But what about the “sial” of their in-competencies? I’m sure Dato’ Khir meant well by symbolically given out the prestigious award and I applaud his earnest in doing so because Malaysians are much more humiliated by a broom than any other actions against them for them to start working.
“Hujan batu di negeri sendiri lebih baik dari hujan emas di negeri orang”. Is it still relevant in our society? I think not. For me it is better for me to “cari rezeki” in foreign soil rather than being raining with stones to death in my own country and that’s what we called “HIJRAH”…
Posted by Saudagar Mimpi at 07:32