howwwzattt... of war and sharing the world peacefully... 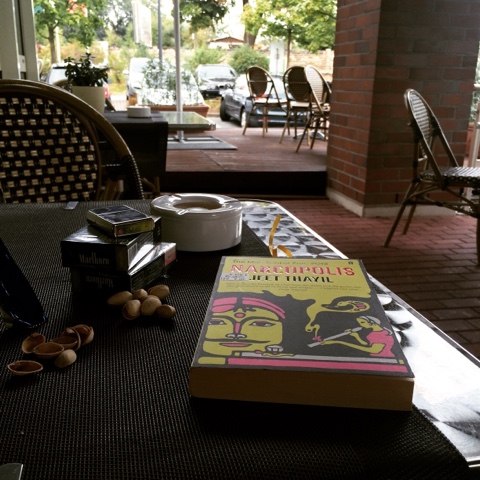 Got off early from work today, took my shower and straight away come down to the terrace starting on a new book. Someone gave it to be before leaving for Dresden and honestly, I don't know what expect from it but I believed it must've been interesting since the person bought it in the first place.
Whenever I was in the lounge with my European colleagues and whenever Al-Jazeera broke the news on tv about bombing in Syria or someplace in the middle east, they will ask me on why did Muslims like to fight and go to war with each other? Frankly, I was prepared with this kind of question to say the least.
Well, it was never a Muslim thing I said, it was more of the race itself. The Arabs were known to be a rough lots, they will pick anything just for the sake of fighting among themselves. Even during the Hajj, they'll step over your head so that they can get a better place to "see" God. They love confrontations.
As for me, it is a matter between me and Allah the most merciful for I'm not a hypocrite.
So, here it goes, NARCOPOLIS by Jeet Thayil...
"If heroin could write, this would be its novel. Long, intoxicating sentences weave like opium smoke into the story of Dimple - a streetwise prostitute in a Seventies Bombay opium den. Read in horror as the city quietly sows the seeds of heartbreak into its drug-addicted citizens' lives." - Stylist
Posted by Saudagar Mimpi at 23:45