howwwzattt... rambling and ranting in the wee hours... 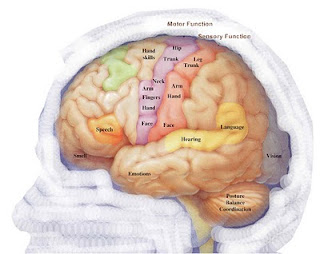 They said that when someone dies unexpectedly such as when involved in an accident or even murdered, the brain still remains function for a few more seconds even the body went lifeless without pulse and heartbeat. The brain will keep on registering those last moments until it slowly went dead.

I don’t know how true it is because I did not experience the situation myself but perhaps there were some truth in it.

I have a friend where a few years back involved in a fatal accident which took the lives of his wife and his only child while travelling in his car. He went into a coma for a few days and when he awakes it was just like awaking from a deep sleep where everything seems to be fine and asking for his wife and son but just to be told that they were no longer around to be with him. This was related to me by him.

The last thing on his mind on the impact of the accident before he went blank was them. It was always someone that you love, not even yourself. Perhaps due to the fact that you’re not that sure will they be alright when you no longer around to see their needs and well beings. Or perhaps it was just simply the magnitude of your love towards them...
Posted by Saudagar Mimpi at 03:41

I would have to go with the magnitude of love answer!
--John