howwwzattt... eyes of the tiger... 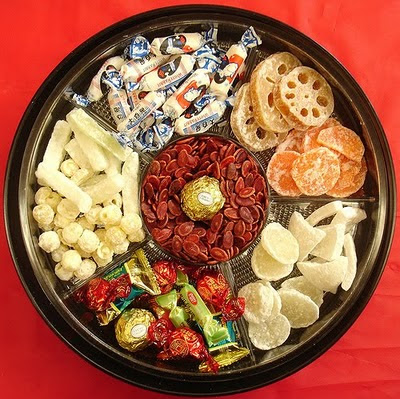 A friend of mine had said once that if we want to stay young or at least feels young, then one should always be in love.

After giving a thought on the subject, I think it was the most wise thing that this individual had ever think of rather than bragging on other nonsense as he usually did.

Until now, I do believe he still mean on what he said to me a year ago.

As I was jotting this down, the sound of firecrackers were heard all around which marks the start for the year of the Tiger according to the Chinese Lunar Calendar.

And heyyy, the CNY shares the same date as the V Day this year which shall be double celebrations for some.

So, what are the significant connections between love and year of the Tiger?

I don't have the answer, perhaps you care to give me one?

I'm just writing this with the hope that those who kept coming to this blog know that I'm still alive and kicking.

But then again perhaps somewhere, someone did found his or her love with the arrival of the year of the Tiger.

*NOTE: My first ever piece by using E71, too lazy to turn on my notebook.
Posted by Saudagar Mimpi at 08:19

Mus, I think it's true being in love keeps you young! Whether or not it's The Tiger or Valentine's Day, coincidently, I found love in February. He's someone I didn't know I've been waiting for a long time :)) Nel

Good for u my dear Nel. So it was not a mere assumption by me then with the arrival of V Day. And guess what, a dear friend of mine also found her soulmate :-)

Couldn't refrain yourselves from commenting i see :-)