howwwzattt... a new breed of air transport has arrive... 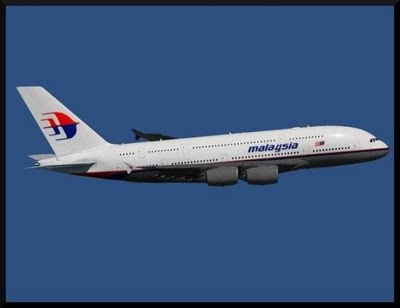 Leman, this is the answer to your question and to the rest of us Malaysians:
KUALA LUMPUR, Malaysia — Malaysia Airlines said Friday it will stick to its order of six Airbus A380s as it expects global travel to pick up by late next year.
Newly appointed Managing Director Tengku Azmil Zahruddin said the superjumbos, due to be delivered from 2011, will be used for long-haul routes such as London, Sydney and Armsterdam.
The airline is also taking delivery of 35 Boeing B737-800 aircraft from the fourth quarter of 2010 to replace its existing single-aisle planes. Its fleet renewal plan aims to lower costs for fuel, engineering and maintenance, Azmil said.
"Our core network is in Asia, Middle East and Australia ... but we do have a lot of traffic coming in from Europe. The A380s will allow us to do a lot more than what we are able to do today," he told a news conference.
Some airlines are reviewing their A380 orders as the slump in global travel undermines the profitability of flying the superjumbo.
The International Air Transport Association has predicted global airline losses will swell to $11 billion this year. It predicted a 2010 loss of $3.8 billion, and doesn't expect the industry to turn a profit until 2011 at the earliest.
Azmil said 2011 will be good timing for Malaysia Airlines to take delivery of the A380 given the expected industry upturn.
The carrier is also studying plans to buy a new fleet of wide-bodied aircraft to cater to future growth but has not yet made any decision, he said.
Azmil, who joined the airline in 2005, took over the helm from Idris Jala following Jala's appointment as a Cabinet minister in late August.
He said the carrier plans to further cut costs by 700 million ringgit ($202 million) this year. Bookings have been promising but yields — a measure of revenue per seat — remained soft, he said. The carrier has cut capacity by 12% in the first half this year and recently withdrew from New York and Stockholm routes.
Malaysia Airlines returned to profitability in the second quarter, thanks to a large gain on derivatives contracts, but still suffered an operationg loss due to a decline in sales.
It posted a net profit of 876 million ringgit ($250 million) for April-June, rebounding from a loss of 695 million ringgit ($199 million) in the previous quarter and up from 34 million ringgit ($10 million) in the same quarter a year earlier.
www.usatoday.com
Posted by Saudagar Mimpi at 02:09