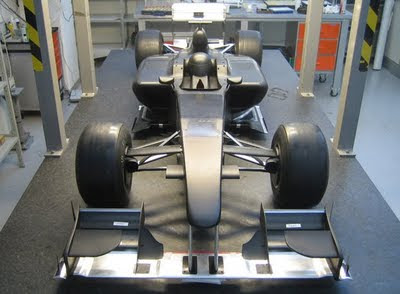 Exactly how much do we need to spend in term of running an F1 team per year?

By next year Malaysians will see the 1Malaysian – Lotus F1 team entering as the 13th team for the Formula One Championship and if we consider the time frame, it is not that far from where we are standing now.

“With groundbreaking announcements and decisions all made in a matter of weeks, Timesport’s Arnaz M. Khairul isn’t too convinced about the feasibility of the project and believes it was a rush job and that Malaysia isn’t ready for this.

However, Fernandes (Dato’ Tony Fernandes) explains why it isn’t exactly a bad idea.”

So, what does it mean by “it isn’t exactly a bad idea”?

Remember the first time around when we somehow involved with the F1 in the form of Alex Yoong?

Well, 8 years down the road or shall I say down the drain, we still got nothing to be proud of except for one driver and even he was not the product of all those promises. Come to think of it, by the year 2010 he will be considered too old to start his first grid race.

So Tony, which is which?

With setting up an aviation company, all the things were there. Say if you buy a brand new Airbus, I’m sure you’ll get fewer headaches in term of maintenance and all for a few thousands flight hours. You just need to focus on marketing and business strategies. Soon profit will pours in.

In Formula One, you have to start from scratches. You have to develop your team right from designing your own chassis to the drivers itself.

Will you not feel frustrated just for a few laps, your car stalled? It happens to many of the world known teams before.

We are venturing into a new kind of turf where Toyota and Honda failed. Both are world class player, they have the money, facilities, technical knowhow and have proven themselves in the global car making industries. Still, why they failed?

Are we going to learn from this? We still haven’t learnt the significant first time around 8 years ago.

Have you ever wonder why all government backing sporting projects ended prematurely and miserably?

By doing so, you are going to insult the intelligence of the Malaysians.

I still haven’t state my stands on this, but honestly it is just not my priority just yet and this piece is truly from a Malaysian ordinary Joe.
Posted by Saudagar Mimpi at 18:24