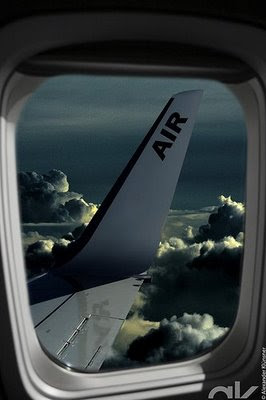 Flying Into Storms To Be Avoided - Pilots

June 3, 2009
Airline pilots are well known for a sense of calm confidence, but when it comes to flying through thunderstorms, they tend to have the same reaction -- don't.
Aviation experts are debating whether lightning or turbulence may have caused Air France Flight AF447, an Airbus A330 with 228 passengers and crew aboard, to crash into the Atlantic Ocean early on Monday.
Two veteran pilots said they would take pains to avoid flying into storms, even though modern aircraft are designed to withstand them.
"My personal record was a diversion of almost 300 nautical miles just to circumnavigate a large area of showers over the western Atlantic Ocean near Florida," said Evert van Zwol, president of the Dutch pilots' association VNV.
The Air France A330, flying from Rio de Janeiro to Paris, encountered heavy turbulence about four hours after takeoff, and around 15 minutes later sent an automatic message reporting electrical faults.
It vanished shortly after it was due to have flown through a belt of turbulence and frequent storms at the Equator.
"You don't go into this sort of weather lightly. It's nasty for the passengers and can be alarming for us," said Tim Armstrong, a former 747 captain for Singapore Airlines.
"Flying actually into the top of one of these storms is pretty alarming, especially in that area where storm clouds are very high and active. There's a lot of moisture and uplift in the cloud, so you try your level best not to do it," he said.
Van Zwol, who has flown Boeing 747-300 and 777 jets for 20 years for KLM Royal Dutch Airlines, a sister airline to Air France, said pilots are trained to do whatever is necessary to avoid thunderstorms.
"I think most pilots when asked will confirm that it is very unlikely to fly through a thunderstorm cell," Van Zwol said.
"If you experience, and all of us have one time at least, severe turbulence, it is very uncomfortable. It is difficult to read your instruments," he added. 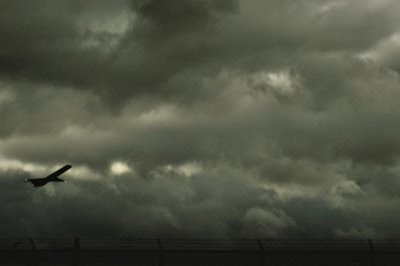 INVISIBLE THREAT
Turbulence is invisible, so pilots have to rely on some detective skills, using what they can pick up on their radar.
"If there is a line of (storm clouds) you will generally go for a gap in the line. But the radar only senses water vapour. It can't see turbulence, so you have to tilt the radar down to get return from the water vapour in the clouds," Armstrong said.
"At night it's very important because you can't see the clouds at all."
The Air France plane vanished in pitch dark some time after 0214 GMT. It is the worst disaster in Air France's 75-year history, and the worst ever for the A330 model from EADS' Airbus unit.
Experts say crashes caused by turbulence are still rare.
Of 14,220 incidents in the Aviation Safety Network database dating back to 1943, some 73 have been attributed to turbulence or crosswinds.
For the plane to be lost while in the cruising phase is also unusual. According to Boeing, 9 percent of all fatal accidents between 1998 and 2007 happened during the flight's cruise.
"If for some reason you do end up in a thunderstorm cell or an area of turbulence, there are procedures for how to handle an aircraft," van Zwol said, including adjusting to a "turbulence penetration speed" at which that particular plane is best suited to handle those conditions.
But for all their training, and all the modern engineering that go into the creation of a plane, when it comes down to it pilots would rather just go the other way.
"We always do everything possible to avoid getting into a situation like that," van Zwol said.
(Reuters)
Posted by Saudagar Mimpi at 00:21