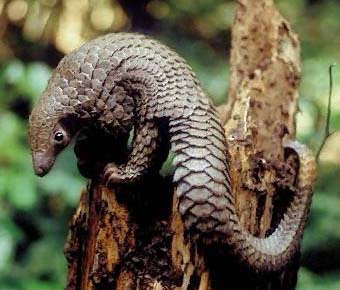 Please, don't eat these animals!
By Azrina Abdullah
February 03, 2009
One man’s meat is another man’s nightmare. While conservationists are battling the depleting population of wildlife owing to habitat and climatic changes, poachers are relentless in their money-making pursuit of supplying exotic meat to grace dining tables.
And this Chinese New Year season, Traffic Southeast Asia, the wildlife trade monitoring network, is appealing to those who come across such offers of “delicacies” to refrain from eating them and instead report the matter to the enforcement authorities. (read more here)
• Abalone – Stocks have plummeted in South Africa where almost all the abalone harvested is exported to East Asia. Continued illegal harvesting and trade is affecting the survival of the species, and could result in the closure of legal fisheries and the loss of hundreds of jobs. If purchasing, make sure the abalone has been legally sourced before buying.
• Shark’s fin – There are over 400 species of sharks worldwide and 83 species are listed as either critically endangered, endangered or vulnerable at the global or regional level. Finning, which involves cutting the fins and generally throwing the rest of the shark back into the sea, is widely practised. The international trade in sharks’ fins is placing severe pressures on slow-growing and vulnerable shark populations, which may decline past critical thresholds.
• Sea cucumber— Buy very carefully as, in general, sea cucumbers are easily overfished and need much greater levels of management around the world.
• Facai moss (Flagelliform nostoc) – Don't buy this “facai,” a black, hair-like moss used in a variety of dishes in the belief that it will increase the wealth of those who eat it as it sounds the same as “get rich” in Cantonese. China outlawed the sale of facai in 2000; any available on the market is illegal. However, artificial facai can be a good alternative.
• “Health” tonics containing endangered species – Tonics containing endangered species such as wild ginseng, Asian freshwater turtles, seahorses, saiga antelope, pangolins, geckos, tigers, amongst others, are often consumed for Chinese New Year. All of these species are subject to overexploitation and uncontrolled trade. With only around 5,000 tigers left in the wild, all international trade of tiger products is illegal, thus wines or tonics containing tiger bone are strictly prohibited.
Note: I don't know about you guys but the nearest thing that I've ever had was a shark's fin soup. But even that from my humble opinion, it was not really fins after all.
Posted by Saudagar Mimpi at 18:16