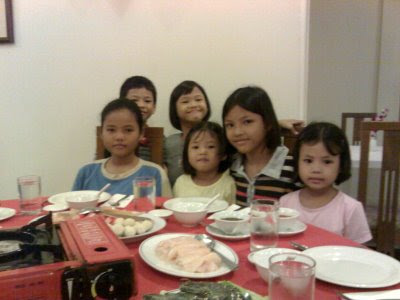 Angah (stripe shirt) with her brother and sisters

For any 12 years old child, today was a big moment for them as today they get to know the result for their UPSR.

I was at my daughter’s school earlier today attending their Hari Penyampaian Hadiah where my daughter received her prize for overall English subject. She was in year 6. Though she was more than happy for receiving her prize, deep down inside I know she must be really nervous knowing that the UPSR result is on the way.

Just before noon news broke out that she was one of the 14 pupils that got all A’s for the exam and soon after that she officially received her result slip from her HM. Emotional moments were all around, some were crying (parents included) in relieve that their hard works had paid off and some were with sombre looks on their face perhaps the results were not up to their expectation. 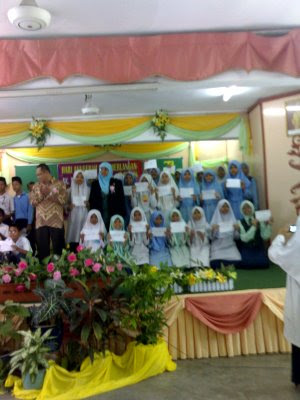 Those who got the 5As
Anyway, this is just a small obstacle for them. There are many more waiting ahead, not just academically but also the test of lives and I’m glad that she had passed one of them with flying colors. 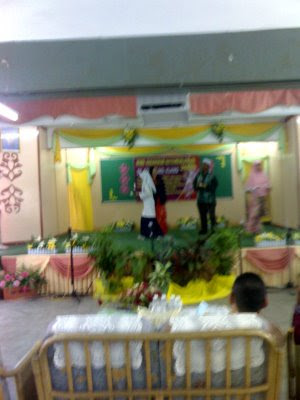 Earlier Angah received her prize for best English
subject overall
Who knows, perhaps she too will continue her secondary schooling in SERATAS Taiping after me and then I have reason to visit her every months if not weeks at my beloved school.
Posted by Saudagar Mimpi at 17:55

on her behalf, thanks rain...

Tahniah to Angah and her parents..