howwwzattt... of the transition of yourself and going overboard about it...


Bigots come in all shapes and sizes. They can also come in form of your local celebrity. That was the first line from Malaysia Chronicle regarding how racist could it be when one says about "our people and their people".

Read here from Malaysia Chronicle if you've not to come to know about it yet. 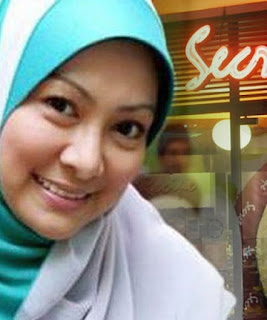 Abby Abadi or Arbaiyah Abdul Manan should have just walk out the Secret Recipe outlet once she felt that the Halal status of the outlet is in question. It is called was-was and in Islam it was a whisper from the devil to make you to feel inferior, incapable of doing things.

Now, back to our people and their people. I can imagine that when she walked inside the outlet to buy a birthday cake for her children saw tudung clad girls manning the counter assuming "aaaa orang kita". Later I can imagine her asking those girls, "Sapa tokeh?", and was told that it was "their people" by those girls. By this time she has already had this impression of questionable Halal status in her mind.

Instead of cancelling the order, she brings the cake back home and eat it with the family and later posted the photos of cake eating on her Instagram, Twitter, Swarm and I guess her FB too. After that she decided to post about the Halal status and "our people, their people" things.

What the fucking fuck? You have a choice of not having it and yet you downed it down your throat and then you make a big fuss out of it.

I wonder how she survive when travelling abroad. It is always "their people" preparing the foods with no Halal certification issued by JAKIM.

Islam has never been a difficult religion for its followers. Thus, the presence of religion is to provide convenience and a way out of difficulties. Therefore, this kind of attitude tends to exaggerate and complicate themselves in religion is not allowed because it can generate anxiety. These are the reasons why the scholars opined that "was-was", worried, or sceptical were due to two things;

1. There is doubt as to the true teaching of the religion brought Prophet Muhammad SAW so the feeling of it need to be expanded.

2. Weak reasoning or lack of understanding towards the religion itself.

I'm not a preacher or a scholar of Islam. I too inherit Islam from those before me but I was given "akal dan fikiran" to reasoning things. It is not like if I were to into facebook created by a Jew, I myself will convert to Judaism. Same goes if I were to wave a Malaysian flag during Merdeka which happened to be made in China, made me less patriotic.

Do not put yourself as low as those red shirt kukudus or the "lempang" Pasir Salak MP. They were stupid ok?

So, just let me dine here in peace. The food was prepared by "their people", in this case Germans.