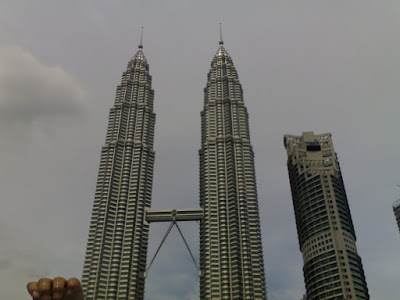 Last Saturday, I took the family for a simple outing at the KLCC Park. My children were in their best manner and having such a wonderful and wet time at the public pool. 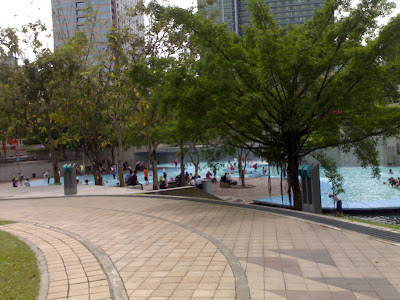 Though it was a school holiday this year around, not many people were there or perhaps it was still early. 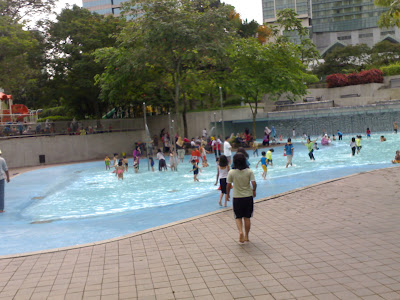 The pool was meant for the children 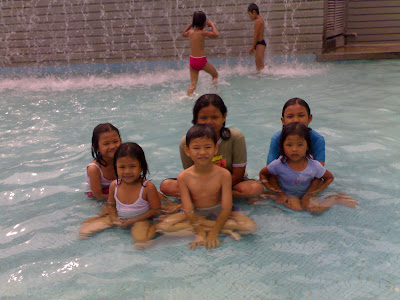 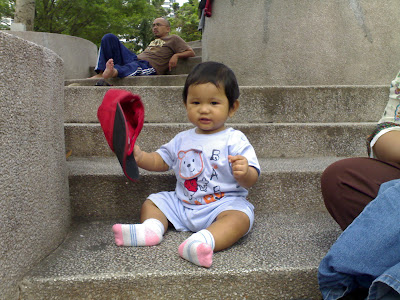 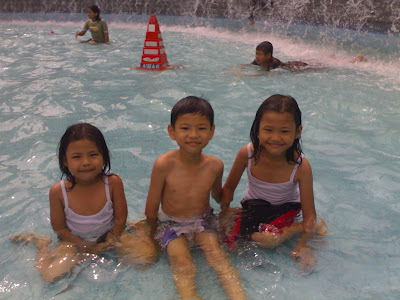 The handsome Adam was flanked by his sisters

Anyway, just for your information... MAS won the second game against the Old Putra (RMC oldboys) by 8 wickets, so how was that my fellow cricketer?

I'm inviting you, your spouse and all your lovely kids to my daugthers' birthday party this Sunday (ala, mcm last year)

thanks for the invitation. will try to fulfill it hehehehe...